And the Lord God said, “It is not good that man should be alone; I will make him a helper comparable to him.”

By definition standards, it means ‘of equivalent quality’, ‘worthy of comparison’.

Somewhere along the line of generations, the patriarchs of society decided they would redefine the helper as less than, instead of equal to; not knowingly, transferring the energy of ‘lack of’, ‘incompetence’, ‘submissiveness’, ‘beneath’ – into the matriarch.

And thanks (initially) to us men, those actions brought the Miss Havishams in the world.

Oh, Miss Hav was a lovely lady at one point.  That is until she was left at the altar, humiliated and heartbroken, suffering a breakdown, all the while remaining alone.

She set out with a goal to prevent future girls from suffering as she had, at the hands of a man, however she couldn’t help but to pass on resentment, hatred, and stone heartedness.  Making sure to steal future young girls’ hearts away, replacing it with ice.

Now a shift is here, the ‘Bey-hive’ has been created, the hashtag is in full effect and the women are in a position of power… With this in mind how do we stop history from repeating itself, from men constructing future Mr. Havishams?

How do we stop young men seeking malice on future daughters, all because society is not glorifying the basics of what comparable actually is…

Nevertheless the “fruit of the Spirit is love, joy, peace, longsuffering, kindness, goodness, gentleness”; the ingredients needed for the harmonious union of male-female relationships. 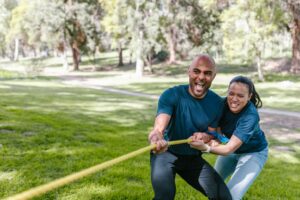 PrevPrevious#60 The Odyssey
Next#62 Skilled ExpectationNext